Sightseeing
Here are a few suggestions about what you can do during your stay in Athens:

Walking around Athens
You can start from the commercial heart of the city, Omonoia Square, which combines modern and neoclassical architecture and walk up Panepistimiou street passing by the National Library, the University of Athens, the National Academy, the Catholic Cathedral and many other impressive buildings of the Modern Greek era.
By then, you should have reached Syntagma Square, one of the busiest places of Athens, where the Parliament is located. You will know you are in the right place when you see the Evzones –the presidential guard- in front of the monument of the Unknown Soldier.
On your right is Amalias Avenue where you will find the gate of the National Garden. Walk among typical and rare plants and trees until the Zappeion (Conference and Exhibition Hall), appears before you. A few meters away stands the Panathinaikon Stadium, the cradle of the Olympic Games (1896).
On your way to the Acropolis, stop to visit the Corinthian pillars, remains of Zeus’ temple and the Arch of the Emperor Hadrian, where the pedestrian street, Dionisiou Areopagitou, begins to lead you to the Odeon of Herodus Atticus at the foot of the Acropolis Sacred Rock. Walking up the hill, you will enter the site through Propylea and visit the Parthenon, the most important and characteristic monument of the ancient Greek civilization which still remains its international symbol, the Temple of Athena Nike, the Erectheion and the Museum of the Acropolis.
With these pictures in mind, walk downhill to Plaka, the oldest neighbourhood of Athens, and taste the typical Greek cuisine in one of the traditional taverns or have a frappe (iced coffee) in one of the numerous cafes.

Other highlights you should not miss: Archaelogical Museum, Museum of  Cycladic Art, Benaki Museum, National Gallery, Byzantine Museum, Frissiras Museum of Contemporary Greek and European Painting, Lycabetus  Hill, Monastiraki, Thiseion, the Olympic Athletic Center of Athens (OAKA), Faliro-Glyfada coastline by tramway. For an Athenian night out, choose between Psiri (city center) bars and taverns, and seaside open-air bars and beach clubs.
The Acropolis - The Parthenon
A monument that constitutes the symbol of  Greece worldwide, stands on the “sacred rock” of Athens, the Acropolis. The Parthenon, a marble temple dedicated to Goddess Athena, along with the other monuments of the Acropolis, are all excellent pieces of art, reflecting the Classical period and the Golden Age of ancient Athens in the 5th and 4th centuries BC.
Herodeion (Odeion of Herodes Atticus)
Built in 161 AD by Tiberius Claudius Atticus Herodes, the Odeon was built in the memory of his late wife. Today, concerts, plays and ballets are still performed in it. You can either admire its beauty and architecture in the morning or treat yourself with the lifetime experience of attending a concert. Herodeion’s natural setting of the Arcades in front, the Parthenon in the back and the moon up in the sky will certainly fascinate you!

The New Acropolis Museum
The Acropolis Museum is an archaeological site-specific museum, housing the most famous works of classical antiquity. These works are artistic expressions of a deep political change that transformed the ancient city of Athens during the 5th century BC, subsequently marking entire eras  from antiquity to modernity. The exhibition program aims to  provide visitors with all the key information gleaned from the  archaeological finds from the Acropolis. Exhibits are presented not  solely as works of art, but also as evidence of the historical and social context of the period from which they developed.  The exhibition is organized with topographic, chronological and thematic  clustering of the collections. The sculptural adornments and various votives enable visitors to become familiar with the sanctuaries and  monuments of the Athenian Acropolis, and assisted by the Museum narrative they have the opportunity to achieve a comprehensive understanding of the entire history of the Acropolis in antiquity. The Museum presents works with distinctive characteristics from the Archaic Period and its collection from this period includes significant works by famous artists. These works ceased to be visible after the Persian invasion of 480 BC, which destroyed the Acropolis. After the Persian destruction, the Athenians buried many of the surviving votive statues in pits on the Sacred Rock.  These works represent the Athens of Solon, Peisistratos, and Kleisthenes; the Athens of the 6th century BC with the economic developments and social realignments that led to the birth of democracy. Many of the nineteenth century archaeological finds from these pits are presented in the Archaic Gallery on the first floor. The exhibition also includes archaeological evidence from the first human settlements on the slopes of the Acropolis and from the Sanctuaries which developed on the slopes of the Hill. Finally, the exhibition program includes the original remains of an ancient Athenian neighborhood located in the lower levels of the Museum. Extensive archaeological excavations conducted during preparations for the Museum’s construction revealed private houses, bathhouses, shops, workshops, and roads. Portable finds are exhibited  on the same level as the excavation in a specially designed  exhibition area. Visitors are also able to walk at close proximity to the excavation, over a network of metal ramps.

Benaki Museum
Benaki boasts one of the most extensive collections in Greece, covering several periods ranging from the prehistoric, ancient and roman periods to the Byzantine and the neo-Hellenic period. Among its particularly interesting collections are those of Toys, Games, Chinese and Islamic art.
Museum of Cycladic Art
Devoted to the study and promotion of ancient Greek art, the Museum of  Cycladic Art hosts two permanent collections. The Cycladic Collection, with marble statuettes and ceramic pots from the prehistoric period of the Cycladic islands (3200-2000 B.C.), and the Ancient Greek Collection, which exhibits objects of art from the 15th century BC to the 4th century AD. The museum also hosts several temporary collections in its new wing, which is housed in the magnificent neo-classical Stathatos Mansion.
National Archaeological Museum of Athens
The National Archaeological Museum of Athens with its numerous exhibits allows you to monitor the history of Ancient Greek art, which dates between the Neolithic period and the Roman period.
Byzantine Museum
The Byzantine Museum is dedicated exclusively to the art style, which flourished since the founding of the city of Constantinople (330 AC), the capital of the Byzantine Empire, until its fall in 1453. The museum has been recently restored and almost tripled in size.
Panathinaikon Stadium
Originally built in the 4th century BC for the athletic competitions of the Great Panathinaia (ancient Greek festivities), the Panathinaikon Stadium took its final form during its most recent restoration at the end of the 19th century. It is made of marble and the Greeks also call it “Kallimarmaron” (meaning “made of beautiful marble”). It was the venue for the first modern Olympic Games, in 1896.

Stavros Niarchos Foundation Cultural Centre: Home of the Greek National Opera
The Greek National Opera (GNO), founded in 1940 is the country’s state lyric opera company, responsible for a wide variety of activities, including the presentation of opera performances, ballet, and musical theatre; in addition, symphony concerts, special presentations of opera and ballet performances for children, and the Opera and Ballet Studio help young artists achieve professional standards. In March 2017, the Greek National Opera relocated to the Stavros Niarchos Foundation Cultural Center (SNFCC). Covering an area of 28,000 m2, the new premises of the Greek National Opera can only be compared with the most modern opera houses in the world. The high aesthetics, state-of-the-art acoustics, as well as the installations of the Main Stage bolster a high-caliber artistic program. Furthermore, the Alternative Stage is a hub of research and creativity in the field of education, community and contemporary creation, with special emphasis in all forms of the musical theatre. The Stavros Niarchos Foundation also includes the new building for the National Library of Greece and the Stavros Niarchos Park, all designed by renowned Italian architect Renzo Piano. During the summer several performances of GNO take place in the outdoor spaces of the Park and the Canal.
Athens Concert Hall
The inspiration behind the creation of a major cultural centre was the great singer Alexandra Trianti, the founder of the Friends of Music Society. The Society commissioned designs for the Concert Hall from top Greek and foreign architects, and specialists in acoustics. The first help to finance construction of the building came from Dimitris Mitropoulos, who offered the proceeds of concerts by the New York Philharmonic, which he conducted in Athens.
In the 1970’s the plans were completed and work went ahead on the basic frame of the building. Lambros Eftaxias, President of the Dekozi-Vourou Foundation, provided the necessary financial support to fund the project.
In 1981 after a hiatus in the construction work, a new management agency was set up, in association this time with the Greek state, which provided generous subsidies to help complete the project. The new agency was to be known as the Athens Concert Hall Organisation and since 1981 it has been run by representatives of the Friends of Music and of the Greek state.
In 1991 the Athens Concert Hall was officially opened by the then President of the Republic, Mr. K. Karamanlis. In the same year Camerata – The Friends of Music Orchestra was founded, and on 20 March the Friends of Music Hall was inaugurated with a concert featuring the violist Yuri Bashmet.
In 2003 in the presence of Romano Prodi, President of the European Commission, the Concert Hall inaugurated its International Conference Centre. Together with the facilities already existing, this meant the Concert Hall now offered one of the most sophisticated multi-cultural centres of its kind anywhere in the world.
In 2004 the state-of-the-art Alexandra Trianti Hall was opened with a concert by the Berlin Philharmonic, conducted by Sir Simon Rattle, featuring soloist Leonidas Kavakos, while in the same year the first concert was held in the Nikos Skalkotas Hall –a recital by the renowned pianist Paul Badoura-Skoda. Also opened in the same year was the Atrium of the Muses, which forms a natural extension of the Concert Hall’s interior into its grounds.
Over the next few years new facilities were constructed to house the Music Library of Greece “Lilian Voudouri” , as well as new conference and multi-purpose venues, reception rooms, rehearsal rooms, exhibition spaces and a state-of-the-art three-level parking facility. The grounds around and behind the Concert Hall were landscaped to provide a valuable green space in the heart of the city, a venue for a variety of educational, cultural and environmental activities.
In 2010 the garden was the setting for a wonderful concert by the Vienna Philharmonic conducted by Riccardo Muti, for an audience of local people and visitors to Athens.
The Athens Concert Hall offers a comprehensive range of facilities for all sorts of cultural activities, designed to the very highest specifications and one of the most impressive venues of its kind anywhere in the world. It offers a forum for all sorts of cultural activities – both artistic and educational.
More information about museums and archaeological sites in Athens can be found at www.odysseus.culture.gr


Add to your Calendar 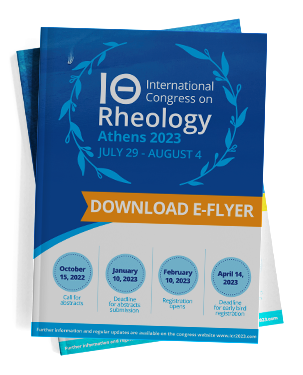