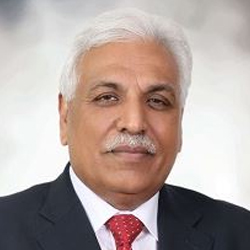 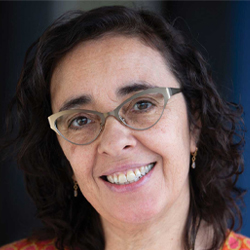 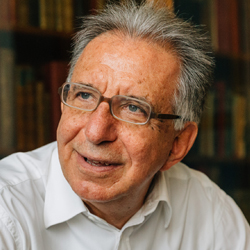 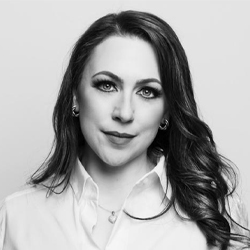 Sherri Kraham Talabany
President and Executive Director of the Kurdistan -based SEED Foundation and the U.S.-based SEED for Change, Kurdistan Region, Iraq 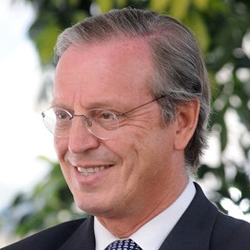 Dévora Kestel is a senior mental health policy specialist with more than twenty five years of international experience in Europe, the Caribbean and Latin America, implementing and advising governments on national policies related to mental health systems. She is a strong advocate for the rights of people with mental health issues.
Ms Kestel obtained her MSc in Psychology from the Universidad Nacional de La Plata, in Argentina and her MSc in Public Health at the London School of Hygiene and Tropical Medicine, UK. After completing her university studies in Argentina she worked for 10 years in the development and supervision of community-based mental health services in Trieste, Italy. In 2000 she joined the World Health Organization (WHO) as a mental health officer first in Kosovo and then in Albania where she became the WHO Representative to Albania. In both countries, she worked closely with the Ministries of Health to help establish comprehensive community-based mental health systems.
In 2007 Ms Kestel joined the Pan American Health Organization (PAHO/WHO) as the Sub-regional Mental Health Advisor for the English Speaking Caribbean Countries, based in Barbados. In 2011 Ms. Kestel was appointed to the position of the Regional Mental Health Advisor, at the headquarters in Washington DC, providing technical cooperation in the mental health field to the entire region. In 2015 she became the Unit Chief for Mental Health and Substance Use at PAHO/WHO. Over the years, Ms. Kestel has contributed to and co-authored to publications in the area of mental health.
Since 2019 Ms Kestel is the WHO Director of the Department of Mental Health and Substance Use.

Member of the Academy of Athens; Professor of Applied Mathematics and Theoretical Physics, University of Cambridge, Cambridge, United Kingdom

Prof. Athanassios Fokas has a BSc in Aeronautics from Imperial College (1975), a PhD in Applied Mathematics from the California Institute of Technology (1979), and an MD from the University of Miami (1986). In 1996 he was appointed to a Chair in Applied Mathematics at Imperial College. In 2002 he was appointed to the newly inaugurated Chair in Nonlinear Mathematical Science at the University of Cambridge. In 2000, on the occasion of the millennium, he was awarded the Naylor Prize, which is the most prestigious prize in Applied Mathematics and Theoretical Physics in UK (the last recipient before Fokas was Stephen Hawking). Other distinctions include, the Aristeion Prize in Sciences of the Academy of Athens, the Excellence Prize of the Bodossaki Foundation, and a Guggenheim Fellowship (on the basis “of stellar achievement”). He is a member of various Academies and prestigious Institutions, including a full membership of the Academy of Athens (he is the sixth mathematician to be elected – the first was Caratheodory - and the first ever applied mathematician), a membership of the European Academy of Sciences, a Fellowship at Clare Hall, Cambridge, and a Fellowship of the American Institute for Medical and Biological Engineering. In 2010 he was appointed Ambassador of Hellenism, and in 2012 he was appointed Onassis Senior Visiting Scholar at the University of Harvard. He has been awarded honorary degrees from eight universities and has been decorated with the Commander of the Order of Phoenix by the President of the Hellenic Republic. He is the author or co-author of five monographs and of more than 350 papers, as well as the co-editor of eight books. He has been included in the list of the most highly cited researchers in the ISI Web of sciences. He has published in different areas of science, ranging from abstract areas of mathematics, to applied areas such as models of chronic myelogenous leukaemia, protein folding, and mathematical models for Covid-19. He has introduced the transformative 'Fokas method' for solving partial differential equations and has played a pivotal role in the solution of several mathematical problems arising in medical imaging.

President and Executive Director of the Kurdistan -based SEED Foundation and the U.S.-based SEED for Change, Kurdistan Region, Iraq

Sherri Kraham Talabany is the President and Executive Director of the Kurdistan-based SEED Foundation and U.S.-based 501(c)3 organization, SEED for Change, non-profit development organizations that promote social, educational, and economic development in Kurdistan, Iraq. SEED’s mission is to support survivors of violence and those at risk through comprehensive mental health, case management, and protection services; training and capacity building for of those serving the most vulnerable; strengthening laws, policies and practices through technical assistance and advocacy, and combating human trafficking. Prior to establishing SEED, Sherri worked in the United States Government in Washington, D.C. from 1998 – 2012. She served in the US Department of State and the Millennium Challenge Corporation working on foreign policy and foreign assistance and international development programs including humanitarian, human rights, security, economic, social, and governance programs. Her work on Iraq started in 1998 and she later served in Baghdad in 2003. Sherri is an American lawyer who earned her Juris Doctorate in 1999 from George Mason University School of Law. She currently resides in Erbil, Iraqi Kurdistan with her husband and two children. She has been involved in volunteer activities, served on non-profit boards, advisory committees, and is a frequent advocate and public speaker on behalf of the poor and underserved, including vulnerable minorities, displaced people, human trafficking victims. She was recognized by multiple awards from several U.S. Secretaries of State and awarded DevEx’s ‘Top 40 Under 40’ Leaders in International Development.

He has served the UK Royal College of Psychiatrists as Deputy / Associate Registrar, member Board of International Affairs of the College, Chairman of West Midlands Division of the College & one of the lead College office bearers for SAS doctors & Patients & Carers groups. He was also elected as executive committee member of the College Faculty of Rehabilitation and Social Psychiatry & represents the faculty at Education and Training Committee of the College.

His role in international psychiatry is highlighted by his involvement with several professional organisations.

His areas of special interest are Psychosocial Rehabilitation, Social and Transcultural Psychiatry and Psychiatric Research. His academic skills have been invaluable when publishing more than 140 scientific papers and being author of six books/monographs on different topics of psychiatry. He is currently involved in several projects on Schizophrenia and different clinical aspects of long-term management of chronic mentally ill in the community.
Erasmus ...at your service
Scroll