At this time of the year (second half of January) Athens usually enjoys the benefits of the Halcyon Days, which are days of unusually sunny weather and high temperatures for the period.

The Halcyon Days, a meteorological phenomenon observed almost every year, are linked to the Greek myth of Halcyon or Alcyone (meaning kingfisher). 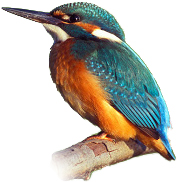 ccording to the myth, Alcyone, daughter of Aeolus threw herself into the sea when her husband (Ceyx) died in a shipwreck. Gods transformed them both in kingfishers and when Alcyone built her nest on the beach the waves threatened to destroy it. Her father, Aeolus, the god of winds, kept the winds calm for seven days a year so that Alcyone could lay her eggs and ever since, the days of sunny and warm weather occurring in Greece almost every January are known as the Halcyon Days.


Check back a few days before the Seminar for weather forecast updates.