Dear ELF7 participant,
we would like to inform you that the Organising Committee is finalising the publication of your contributions, through the American College of
Greece  publication.
The document will be very soon uploaded on the website.
read more

ELF has now established itself as a major and expanding field of academic research. Its interconnections with pedagogy and a host of other disciplines are being currently discussed, acknowledged, and investigated. Targeting English language educators who work with English language users from diverse educational and cultural backgrounds in a wide variety of settings, ELF can uniquely be interconnected with issues affecting and related to identity, language policy-making, intercultural awareness, technology, and language use at all levels facilitating human communications globally.

ELF7 seeks to explore these interfaces of ELF with pedagogy and other disciplines in the interest of the advancement of the field. In this context, the ELF7 committee members invite participants to contribute to this conference by submitting their work, reporting on current ELF research and/or participating in constructive ELF discussions on a variety of issues that would undoubtedly lead to maintaining ELF interest, increasing ELF insight, and furthering ELF research. 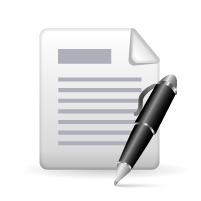 The Organising Committee cordially invites you to submit your abstracts to the ELF7 Conference, hosted by DEREE - The American College of Greece in Athens.
Deadline for Abstract Submission: April 7, 2014

Registration is now open. Participants are kindly requested to register in advance for the ELF7 Conference.
Deadline for early Registration fee: June 30, 2014

Founded in Smyrna, Asia Minor in 1875 by missionaries from Boston, MA, The American College of Greece (www.acg.edu)
is the oldest and largest, comprehensive, independent, American-sponsored college in Europe, currently enrolling over 4000 students in all its educational divisions.